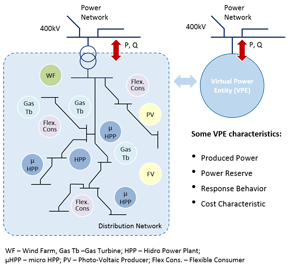 SIRIUS – SGS is a software and hardware platform for intelligent power systems connectible to Smart Grid, having at core the concept of Virtual Power Entity (VPE), connected to the Energy Web.

The VPE is an aggregation of energy producer(s) and /or energy consumer(s) which is informational augmented, optimizing the functionalities for which it was created – as a virtual producer, distributor, consumer or a combination of these. The VPEs are connected to the Power Grid and in the eWeb – an energy data mash of secure communication channels over internet.

SIRIUS – SGS is a distributed software package with many local instances and a central system all communicating mainly via web services. The distributed instances of SIRIUS may run on specific hardware boxes named SIRIUS Box with PC functionality, which collect data, control processes and report to the central SIRIUS System. 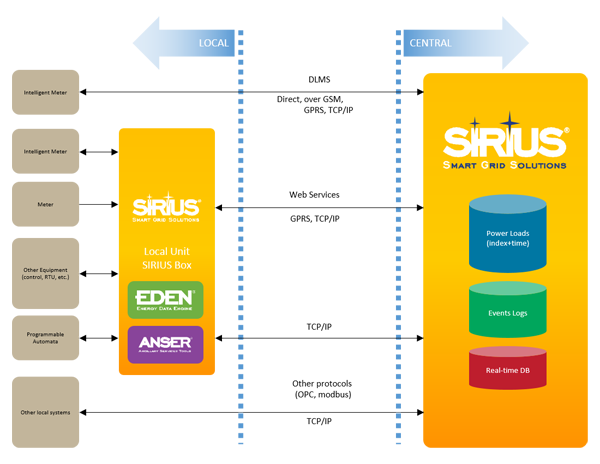